Your web browser is obsolete

Internet Explorer is not capable of displaying modern web pages. It is also slow and has security issues. We recommend an upgrade. There are several good alternatives, such as Edge, Chrome, Safari, or Firefox.

The Academy Chamber Choir of Uppsala is a mixed choir with approximately 40 singers. Our extensive repertoire encompasses early music as well as new music written for the choir. Performing contemporary a cappella music has become our speciality; examples include first performances of Swedish composers such as Lars Edlund and Sven-David Sandström.

The choir is led by Stefan Parkman, former professor of choir conducting at the Choral centre of Uppsala University.

Recording from the New Year's concert 2022

The New Year's Concert 2022 in the Uppsala university hall was broadcast live on the Internet by the Royal Swedish Academy of Music. The recording remains available online to enjoy whenever desired.

Link to the recording » 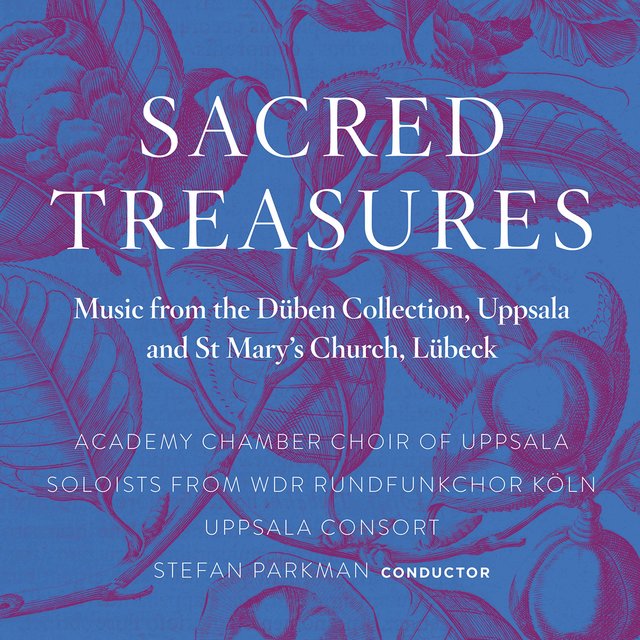 The Düben collection at the university library Carolina Rediviva in Uppsala is a real treasure. Gustav Düben held the position of court musician at the Swedish court between 1663 and 1690 and was a frequent visitor to Lübeck, where he socialized with the leading musicians Franz Tunder and Dietrich Buxtehude, both organists in St. Mary's Church. After Gustav Düben's death, the music collection was donated to Carolina Rediviva. Tunder and Buxtehude's organ music has been preserved in several places, but their vocal music exists in principle only in the form of the manuscript copies that Gustav Düben made or had made.

For this recording, a program was selected with the intention to recreate a soundscape from St. Mary's Church in the 17th century, parts of which could also be heard in Stockholm at the Royal Court and the German Church. All music is related to St. Mary's Church and the selection has been made by musicologist and Düben expert Kerala J. Snyder. Several of the works come from the Düben collection and some are world premiere recordings, including works by Paolo Quagliati (1555-1628) and Simone Vesi (active 1638-1667).

The program was performed for the first time at the European Day of Early Music, 21 March 2017, when UAK together with soloists from WDR Rundfunkchor Köln and the newly formed ensemble Uppsala Consort gave a concert in the German Church in Stockholm. The concert was broadcast on Swedish radio P2 and large parts of Europe through the EBU. A concert was also given in Uppsala Cathedral.

In September 2017, UAK, the soloist ensemble and Uppsala Consort went on tour with the program to the Baroque music festival Lübecker Buxtehude Tage, as well as to Greifswald and Hamburg. To our great delight the story did not end there, but in September 2019 the program was recorded in Bälinge church outside Uppsala. A recording that is now finalized and ready to enjoy thanks to conductor Stefan Parkman, producer Gunnar Andersson and recording technician Per Sjösten from Footprint Records.

Dagens Nyheter wrote on September 13, 2020: "Here the Academy Chamber Choir of Uppsala and the Uppsala Consort under the direction of Stefan Parkman excel in music by Schütz, Tunder, Buxtehude, Vesi and Quagliati which in its vibrant beauty conveys the sensation of how all the horrors of the /thirty-year/ war have faded away like morning stars."

Keep up to date!